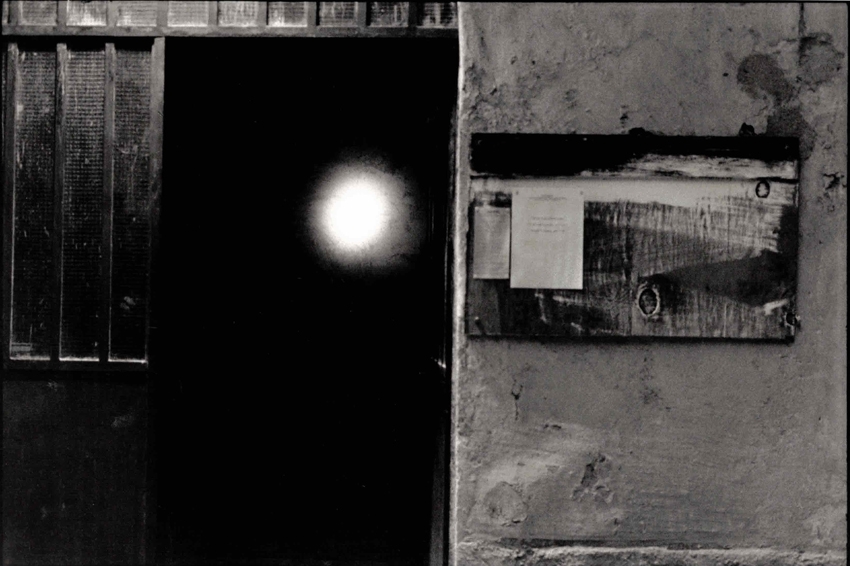 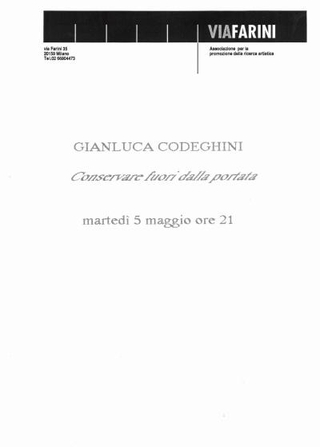 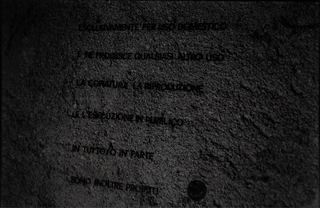 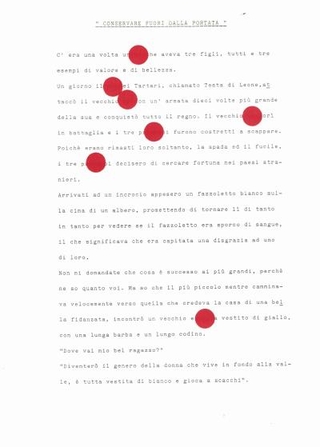 Two rooms, the first one smaller, aseptic, the second one four times bigger, a decaying loft without plaster, both rooms darkened.
The darkness of the first room is thwarted by a light beam that draws on the wall a deadlight so intense that it hides, instead of revealing, the perception of the writing on it.
In the same room we find, hanging on the threshold to the second room, displayed in geometrical order, 50+50 lamps to wear on the head, very similar to those used by miners, with a rubber band and a battery torch. We gird our head with the lamp and we cross the threshold, the room looks empty, but there are other wiewers looking for something that is not there.
The blindness, the faceness, the emptiness multiply themselves in glances looking for glances, because even the face disappears in the light against light of who is in front of us. Let’s play, let’s look at each other, touch each other, talk to each other, but without seeing each other. But this story is not finished yet, because in a corner of the room, at eye level, at ear level, a small box whispers rap time a tale of once upon of time... 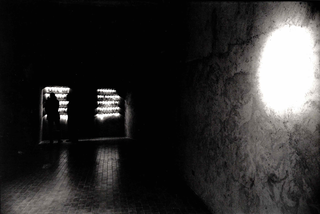 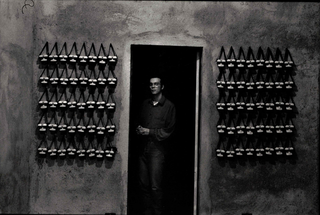 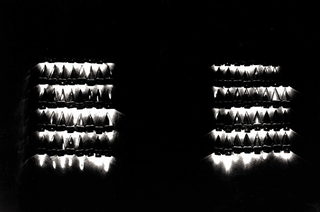 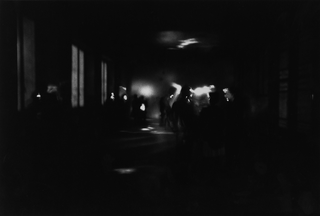 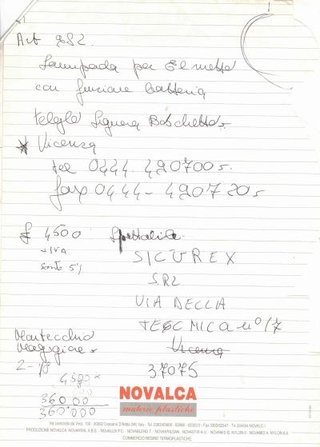 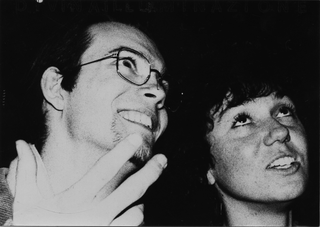