In ten photographs by Sabrina Sabato arranged along one wall of Galleria Neon, bright colors alternated with more placid hues: red was diluted into tones ranging from pink to ocher; green faded to the bluish transparency of water. Here and there one glimpsed the outline of a leaf or a fragment of a petal, while elsewhere the image was initially unrecognizable. A strange kind of herbarium emerged, in which natural forms were as transparent as X-rays. Enlarged and printed without the intermediary stage of a negative, Sabato’s photographs—unique prints she calls “Sabatographs”—capture leaves, flowers, fruit, and fish in vivid detail. She freezes these natural objects in various stages of growth or decomposition, restoring to them in the process an enigmatic third dimension or liquid state.

On the floor below, an installation entitled Ad occhio chiuso (Blindfolded, 1997) focused on the idea of water. Some thirty-five packing crates were heaped up on top of one another to suggest the contours of a small chain of mountains. Eight cardboard containers were also turned into light-boxes displaying “Sabatographs” of small fish, algae, and herbaceous fibers. Illuminated, they took on the ambiguous presence of a living fiber in the very moment it passes from a liquid to a dense corporeal state. An image continuously flowing water in a canal was projected onto the back wall of the space, on which the shadows of the light-boxes were also superimposed. The rhythmic sound of rushing water combined with the projected images to create an illusion of three-dimensionality. The title of this piece brought to mind the technique Sabato uses to create her photographs, while it also alluded to perception that does not depend on vision.

In all of Sabato’s work, the pictorial result is extremely strong, precisely because the colors suggest a continuous movement that extends beyond the boundaries of the figure. This was particularly evident in the large photographs that were shown at Studio Ercolani, which depicted the petals of a rose, a segment of a yellow flower, and the skin of a fish, the latter resembling a strange watercolor drawing. Here, too, the photographs, which were also framed like paintings, were juxtaposed with a video-tape. Playing on a monitor that rested on the floor, the video showed a closeup of a tropical fish in a vase surrounded by various biology texts, each open to a page with an illustration of a fish. In another room, a “fish out of water” became “water out of a fish.” Instead of the video monitor on the floor, one found an actual vase containing three red fish, surrounded by a small puddle. Once again, this was a figure for the liquid state of living creatures and of nature—the fundamental theme of these two shows. 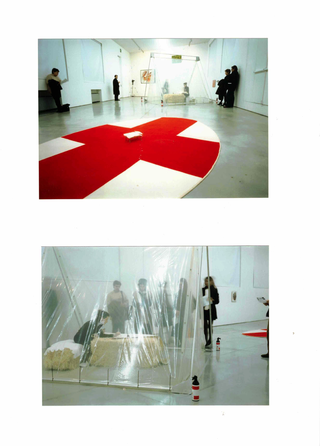 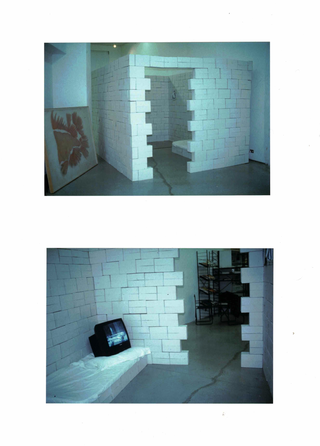 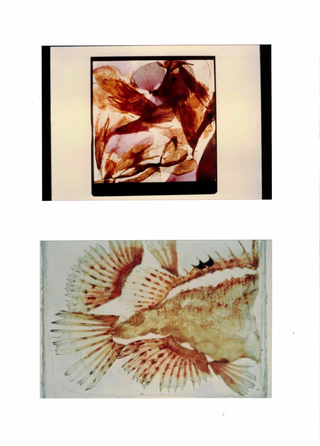 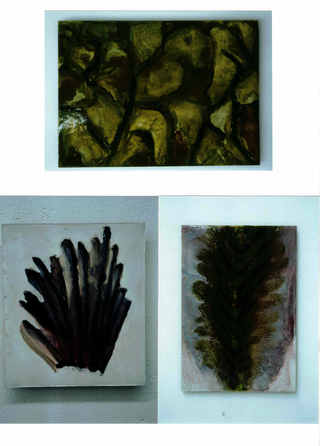 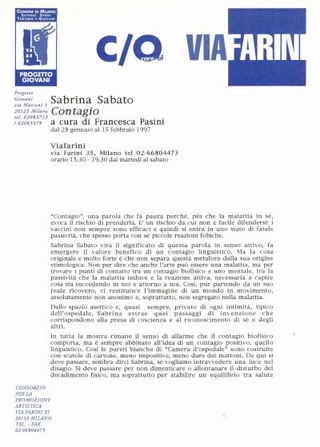