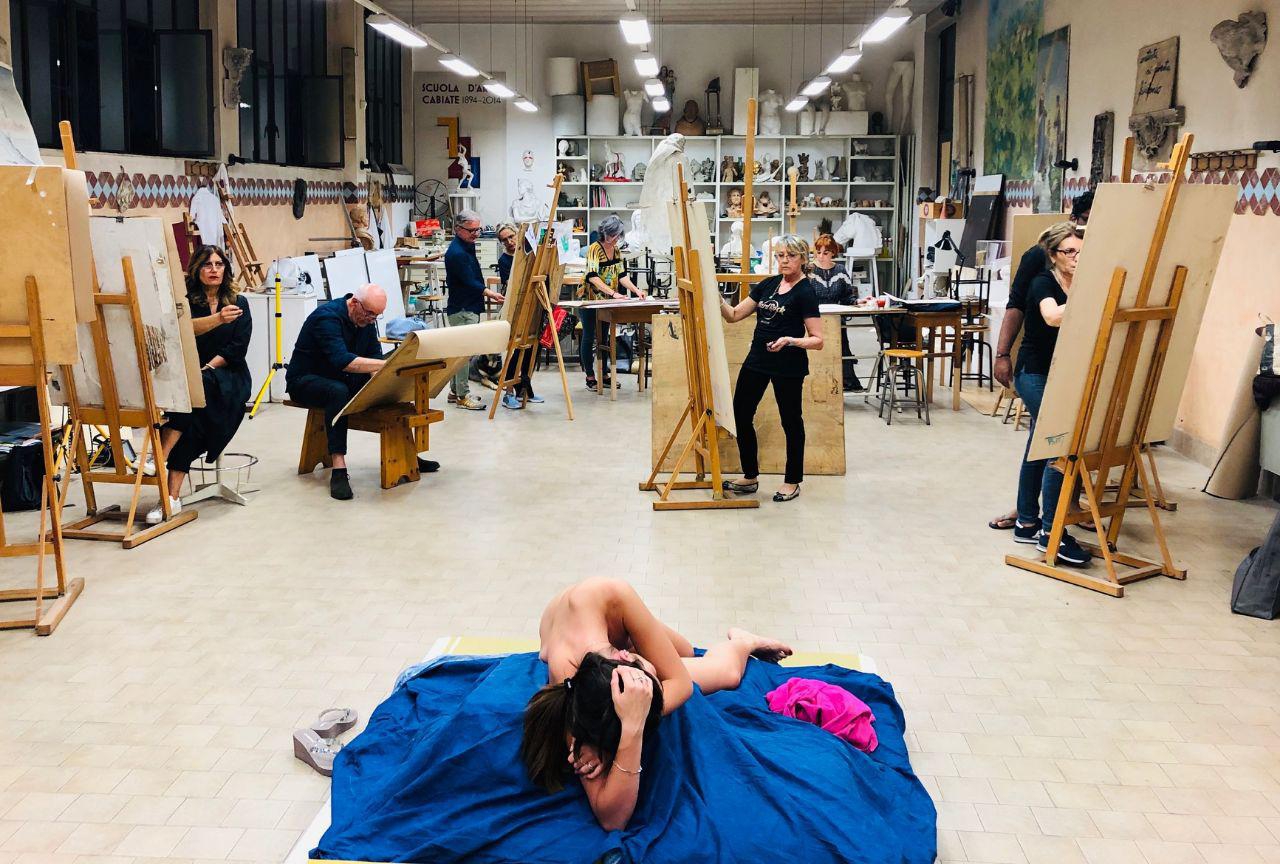 Viafarini inaugurates a new format: a conversation between artists who have intercepted its trajectory at different times.
A renowned artist, who has participated in the history of Viafarini, in dialogue with an emerging artist who has recently completed his residency at VIR Viafarini-in-residence. A direct exchange in which each artist is asked to choose one of the other's works, a pretext in the form of a conversation piece, an opportunity for a horizontal confrontation on the approach to the construction of the image and the dynamics of the relationship between artists, also in an intergenerational logic.

Giovanni Morbin
Giovanni Morbin graduated from the Academy of Fine Arts in Venice in 1982 after following a painting course in Emilio Vedova's workshop. He definitively abandoned his pictorial work after the “bitumi” series, carried out between 1978 and 1980. Since 1978 his research has been linked to behavior and performance is the ideal means to express his ideas. Parallel to behavioral work, he is interested in the construction of functional objects for daily action and gives them the value of tools (Strumento a perdifiato, Scultura sociale, DNA, L’angolo del saluto, Prêt-a-porter, Fioriera, EU, ecc). In 1993 at Ottomat he presented “Forme di comportamento”. He is co-author and signatory of the poetic declaration ETICA ESPRESSIVA UNIVERSALE (EEU), published in the “Corriere della Sera” May 8, 1994 and in the same year he invents Strumento a Perdifiato, a tool for communicating to oneself. In November 1995 he founded SUPERFICIE TOTALE, container of his actions. From that moment on, his performances are called Ibridazioni. These are hybrid actions characterized from time to time by animal, vegetable, mineral, artificial partners.

Chiara Ventura
Chiara Ventura was born in 1997, lives and works in Verona. Starting from a pictorial training centered first on the gesture as a "voiceless gesticulation between oneself", exploring the forms of the interior landscape, then on the concepts of interference and noise linked to the image, he comes to analyze the behaviors and gestural forms through, mainly , performative practice, with attention to minimal and simple aspects. For an investigation into the gaze and observation skills in everyday, routine contexts, his performances and interventions often take on a mimetic character that favors the extra-artistic context. Ventura with his work investigates and denounces problems linked to the forms of violence present in contemporary society. In 2020 he co-founded, together with Romina Cemin, the menodi30caratteri collective project with which he investigates and denounces the problems that the virtual world produces in the real world through an Instagram account. In the same year he co-founded Collettivo Plurale which explores an empathic form of existence, working on the gaps they encounter in everyday life, focusing on language, violence and how the generation they belong to is placed in the world.